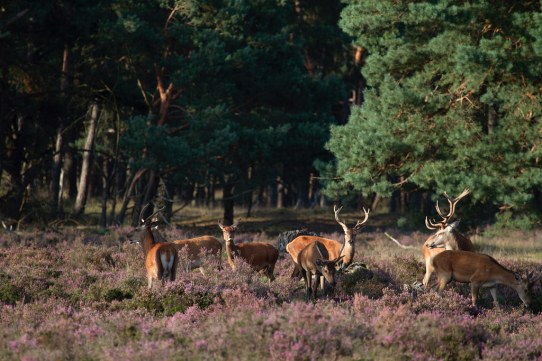 The functions and meaning attributed to the rural are manifold (Woods 2011: 1). Primarily, it operates as the intersection of “man and nature” (Ploeg 1997: 41), where for centuries most of our food, fiber, and fuel have been produced (Woods 2011: 1) but which now also provides the landscapes and scenery where visitors ‘slow-down’ or search for adventure and sensation (Buscher and Fletcher 2017) while comprising spaces of identification and belonging (Jongerden 2018). Further, the rural acquires meaning in relation to its complement: the urban. Often defined as opposites in terms of land use, population density, or social bonds, among others (Cloke 2006), these “constitute the complex unity of society viewed from a spatial angle” (Gilbert 1982: 609). This variety of functions and meanings has made the rural not only an epistemologically uncertain concept, but also a normative one.This normativity and uncertainty is part of the heritage of rural sociology.

Regarded as a sociology of the periphery, rural sociology historically developed as the study of a spatial setting where the attributes of capitalism, or more generally, the modernity of the core, i.e. the urban, played out unevenly. The rural was the ‘not-yet’  and the ‘disadvantaged’ as well as the ‘backward’ hinterland and the place of ‘tradition’. The study of this rural was divided between disciplines. Agricultural economists took the farm as their substantial focus, while rural sociologists fixed on the non-economic dimensions of rurality, such as social organization, norms and values (Lobao 1996: 80-81).

In the early years of rural sociology, many of its practitioners were ‘modernizers’, interested in the transformation of the rural world through the diffusion of an urban, modern lifestyle and sensibility into the rural, though a populist under-current considered the rural as the seat of national traditions to be defended against the encroaching city-ism (Mormont 1990: 24-25). Several decades ago, Evert Willem Hofstee, the founder of rural sociology in Wageningen, referred to the this modernizing approach as “adjustment sociology,” since its sole focus had become the study of the adjustment of the villagers and the farmer to the new and prevailing social order (Hofstee 1968: 242). Hofstee thought that rural sociology should emancipate itself from this structuralist and functionalist sociology, as the understanding of rural life in terms of an adaptation to ‘order’ was not only narrow and incomplete, but also wrong: it erased the agency of people in the creation of the world we inhabit. Yet he also rejected methodological individualism; our understanding of the world cannot be reduced to individual actions alone (Hofstee 1968: 251). In today’s vocabulary, this would probably be described as ‘practice theory’.

Nevertheless, structuralist perspectives persist, Old school ‘functionalism’ has been replaced by various structuralist strains in ‘political-economy’, while ‘industrial-determinism’ has become ‘urban-determinism’. Indeed, the UN recently declared that “urbanization determines the spatial” and “[t]he future of the world’s population is urban” (UN 2019: 1). Among social scientists the idea of a ‘planetary urbanization’  is also popular (Brenner 2014). Manifestly, this idea of a planetary urbanization derives from a presumed dominance of the urban in contemporary society. While in the past, towns and cities depended on the village for the provisioning of resources and labor, the planetary urbanization thesis holds that in contemporary society the city has moved into the countryside. The urban has replaced the industrial as the main vehicle of capitalism. Cities have extended outwards (Brenner 2014: 17) and become capital’s ‘ecology’.

The notion of planetary urbanization goes back to the work of the Marxist philosopher and sociologist Henri Lefebvre, who argued as early as the 1970s that the distinction between town and country had become blurred; thus, on the ruins of what once was the village “a production of social space on a planetary scale” was occurring (Lefebvre 2000: 188). Lefebvre referred to this urbanization, as a process that “transcended industrialization as the engine of capitalism” (Ruddick et al. 2017: 389).

So, is the rural urban?

“Is the Veluwe city? The Netherlands is blanketed uniformly by an urban topography. No region, no locality in the country can be described today without noting its close dependence on or connection to every other place in the country. If that is the case, then all the regions that we once categorized as “nature” have ultimately become part of the city.”

The sentences above come from Marcel Meili’s (Meili 2014: 103) thought-provoking chapter ‘Is the Matterhorn City’ with just two changes, the replacement of ‘Matterhorn’ with ‘Veluwe’ and ‘Switzerland’ by ‘The Netherlands’. Indeed, Meili clearly endorses the thesis of planetary urbanization as a fact (ibid: 104):

“Over the decades, the seemingly isolated Swiss Alps have been all but buried under a blanket of material traces and signs. Inescapably invasive, this growth has reached the point that the Alps can no longer possibly embody the mysteries of nature as an alternative to urban living. Roads, handrails, signs, garbage cans, climbing hooks, memorial plaques and triangulation pyramids are among the smaller military installations; larger installations satisfy such needs as hydropower, transportation, sport, agriculture, and research.”

Meili ( 2014: 108) thus concludes that the Matterhorn is now an urban locality athletic playground, recreational landscape, nature museum and urban monument. “If someday soon the urban topography of Switzerland, that boundless urban landscape, penetrates not only the everyday lives of its residents but also their consciousness, it will not be the Twin Towers or a cathedral dome that are the icons of this urban structure but presumably the Matterhorn, invisibly transformed.”

If the Veluwe is urban, or the Matterhorn city, we could close the doors of the Rural Sociology Group in the year that we thought to celebrate our 75th Anniversary.

Should we write our obituary?

Luckily not. Although the notion of planetary urbanization is very appealing, the way it is conceptualized is also quite problematic. Here, I would highlight what I consider three of its most problematic features, namely, 1) determinism, thence 2) synchronism and 3) adjustment-ism.

Determinism suggests the presence of a force that defines our social, political, and cultural being in the world, a shaping of the world by a socially externalized process (Ploeg 2012). In many analyses of the political economy, including the planetary urbanization approach, capitalism as a self-sustaining force overwhelming our lives (Massey 2004, Whatmore and Thorne 2008). Then, determinism produces synchronism, in this context referring to the alignment of various spatial settings, such as the rural and nature, to the rhythm of the urban, in which the urban is understood as a regime ordered by capital. Finally, adjust-ism becomes the only game in town. If we look to our lives from the perspective of capital only, and to the rural as the new urban, one cannot but adapt to this new reality. I suggest two fundamental objections to this type of analysis.

First, we might draw from Lefebvre’s original work in the 1970s, where he concluded that the rural-urban dichotomy was an obscuring concept. Lefebvre already then invited us to examine ‘urban’ and ‘rural’ as spatial identities, arguing that every society produces its own ‘space’. The functions and meanings of ‘city’, ‘countryside’, ‘rural’ and ‘urban’ are not fixed; on the contrary, they are constantly in motion, dynamic, quite plastic concepts, in fact. Space—rural and urban—is continuously under construction. Moreover, as Lefebvre also showed, there is not one organizing logic of rural and urban, assumed as and necessarily aligned to capital and the state as the ordering processes of space in modern society. Also—or rather—there is the ordering logic of the lived experiences (the everyday life). Lefebvre explicitly inserted human agency into his analysis.

Lefebvre clearly considered and gave weight to the lived experience, the meaningful practices through which people engage in the making of social space. Unfortunately, though, the social has been effectively erased in contemporary notions of planetary urbanization. The analysis is empty of people and their practices—or these are simply reduced to the ‘local specificity’, details that do not fundamentally affect the general, so the everyday as a derivative, a repository of larger processes, and not a level of intersection of contradictions (Peak, Tanyildiz, and Patrick 2018).  So, in our understanding of what makes the urban and the rural, and their interstitial spaces, we need to reintroduce agency and struggle into our compass of analysis (Whatmore and Thorne 2008) .

Thinking socially about the spatial also requires us to question the urban-rural distinction. Although this distinction between the rural and urban may very well be one of the oldest and most pervasive of geographical binaries (Woods 2011: 3), what is meant with it is not at all unambiguous—or disputable, even—which becomes more apparent when we consider the ‘longer term’. Returning to linguistic origins, some argue that the Greek word ‘polis’ referred to both city centre and the rural surroundings and that it is often unclear whether references to the city are intended to contrast or to embrace the countryside; similarly, a strong network of rural settlements was regarded as supportive and thence integrated with and not antithetical to the polis (Wallace-Hadrill 1991: ix, xii). In like fashion, others have argued that in 16th century England, ‘urban’ referred to the city plus its surroundings or, if one prefers, its extensions (Mont-Mor 2014: 263).

Fast forward to the 21 century, when Han Wiskerke (2004: 39, 2007: 14) proposed we consider the rural as a part of the metropolitan landscape. This metropolitan landscape is not understood as the urban core, extending itself into the countryside, but as a spatial heterogeneous assemblage. Then, within the metropolitan landscape, the rural is one spatial form, marked by a contingent ‘thrown-togetherness’, as it were, in which relations, flows, and processes happen to come together and from where connections are made with elsewhere (Massey 2005, Woods 2011: 291). Thus, we need to rethink the spatial beyond both the ideas of separate envelopes of space and of the world as written by and from a homogeneously (capital) defined urban. The spatial is partial and contested, and it is central to the remit of our discipline that we explain how social practices are at the same time spatial practices, producing the rural in various forms and relations.

A main challenge of a rural sociology for the 21st century, then, is to understand how the rural, its diversity of meanings and functions are the contextual outcome of social relations and meaningful actions, past and present. This can bring our focus to the making of new geographies (Wiskerke 2009, Bock 2018, Axinte et al. 2019), in which city and countryside become each other’s extensions, implying we look at how this reshapes our understandings not only of the rural and the urban per se but also their production (Wiskerke 2009, Wiskerke and Verhoeven 2017). This can also bring our attention to “multi-place living structures,” and how people are increasingly spending their time split between two or three places located in both ‘rural’ and ‘urban’ settings, and thence how a range of urban-rural assemblages are created by different groups of people acting in various contexts with variable opportunities (Jongerden 2018). Paraphrasing Marx ( 1852), the spatial then emerges as the product of meaningful action and a set of possibilities within circumstances that are not necessarily of our choice. And the principal question that emerges concerns the functions and meanings of the ‘rural’: so, what is produced, how and when, through which practices and what ‘contexts’, and in relation to which other spatial identities?